With the recent confirmation by TNA that iMPACT Wrestling is taping three shows at Universal Studios, Florida in November, we’ve compiled all of the available information about the new physical home for the promotion. As a side note – you can click on any of these images for a much larger view. First, we know from today’s announcement that the tapings will take place on sound stage 19. Here is a simple graphic from the Universal Studios website showing all available sound stages on this part of the campus:

Some items to mention about this graphic. First, the sound stage labeled number 21 is where iMPACT Wrestling used to be taped. Second, this graphic is somewhat deceiving. After looking at this graphic you’re led to believe that sound stage 19 is a long, narrow building. That’s not correct. In fact, if you look at the maps of the park that is provided by Universal Studios, then you get a much better idea of the size of the new sound stage. Here is an image of the part of the park map that covers these studios: 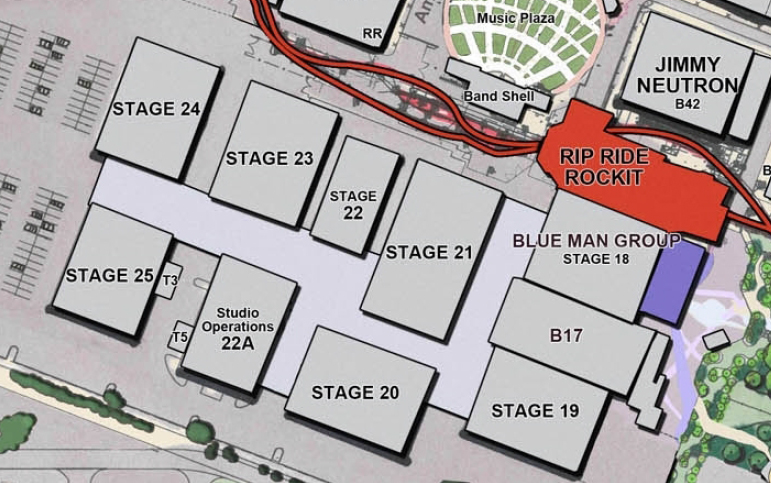 The image above shows that the long building in the first graphic is actually three separate buildings – one of which belongs to the Blue Man Group and their show. Stage 19 is where iMPACT Wrestling will be taped in November. Here is another view of the building as seen from Google Maps: 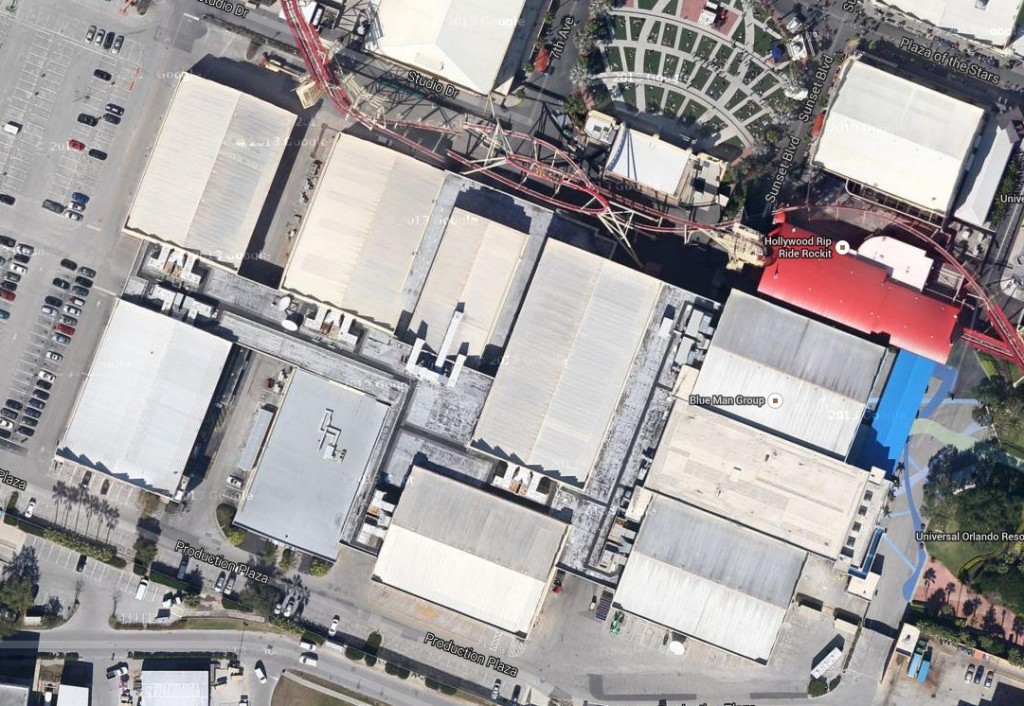 As you can see from the Google Maps image, sound stage 19 has a small open piece of blacktop right in front of it. If I’m not mistaken, TNA made use of that blacktop in prior angles – including the biker fight with Aces and 8s last year. For a better idea of the elevation of the building, take a look at this image capture from Bing Maps: 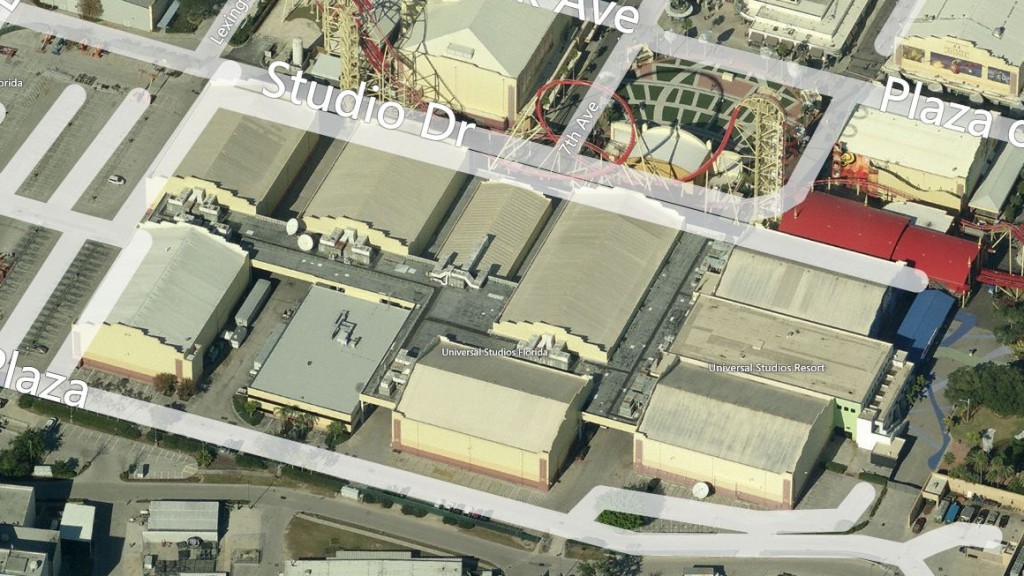 From this image it appears that sound stage 19 is somewhat taller than sound stage 21, but it is hard to tell from these images. Luckily, for those of you who are really obsessed with finding out as much as you can about this new building, the good folks at Universal Studios have provided a copy of a CAD design for the building as well as some blueprints of the layout. Take a look at the blueprint plan view first: 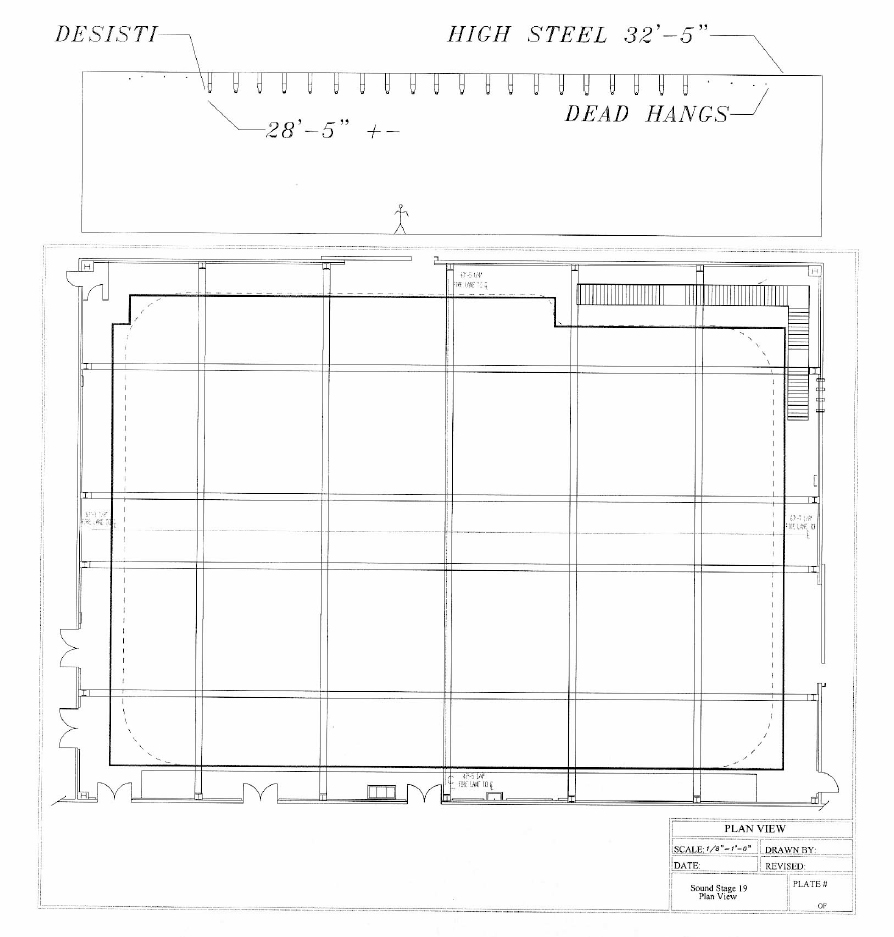 Personally, I get the best idea of what the layout for the building looks like from the CAD image. Take a look for yourself: 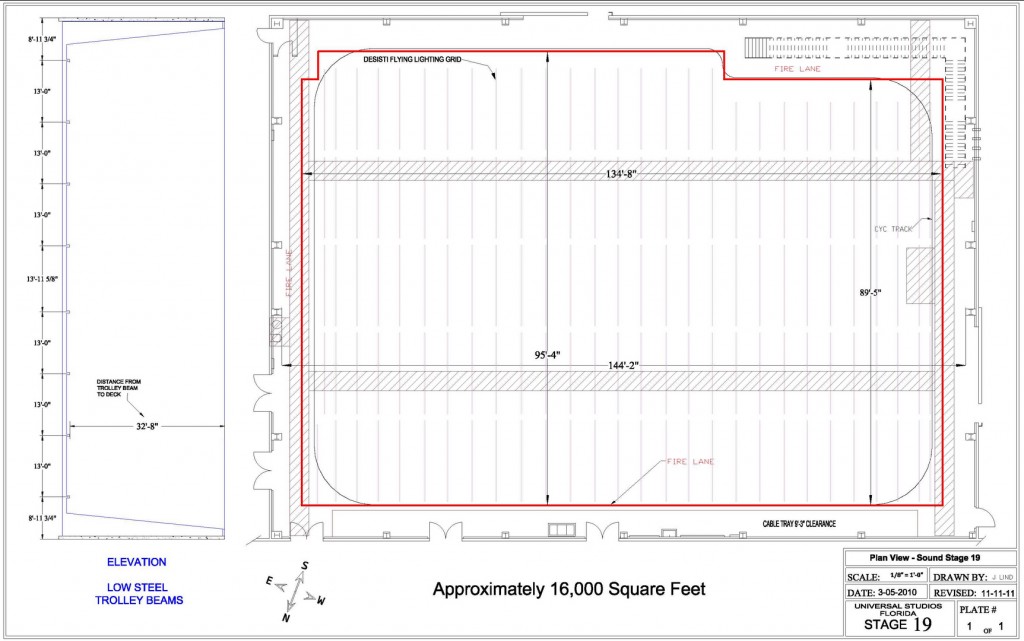 As the tapings get closer, we’ll let you know the latest on the new home of TNA and iMPACT Wrestling at Universal Studios.